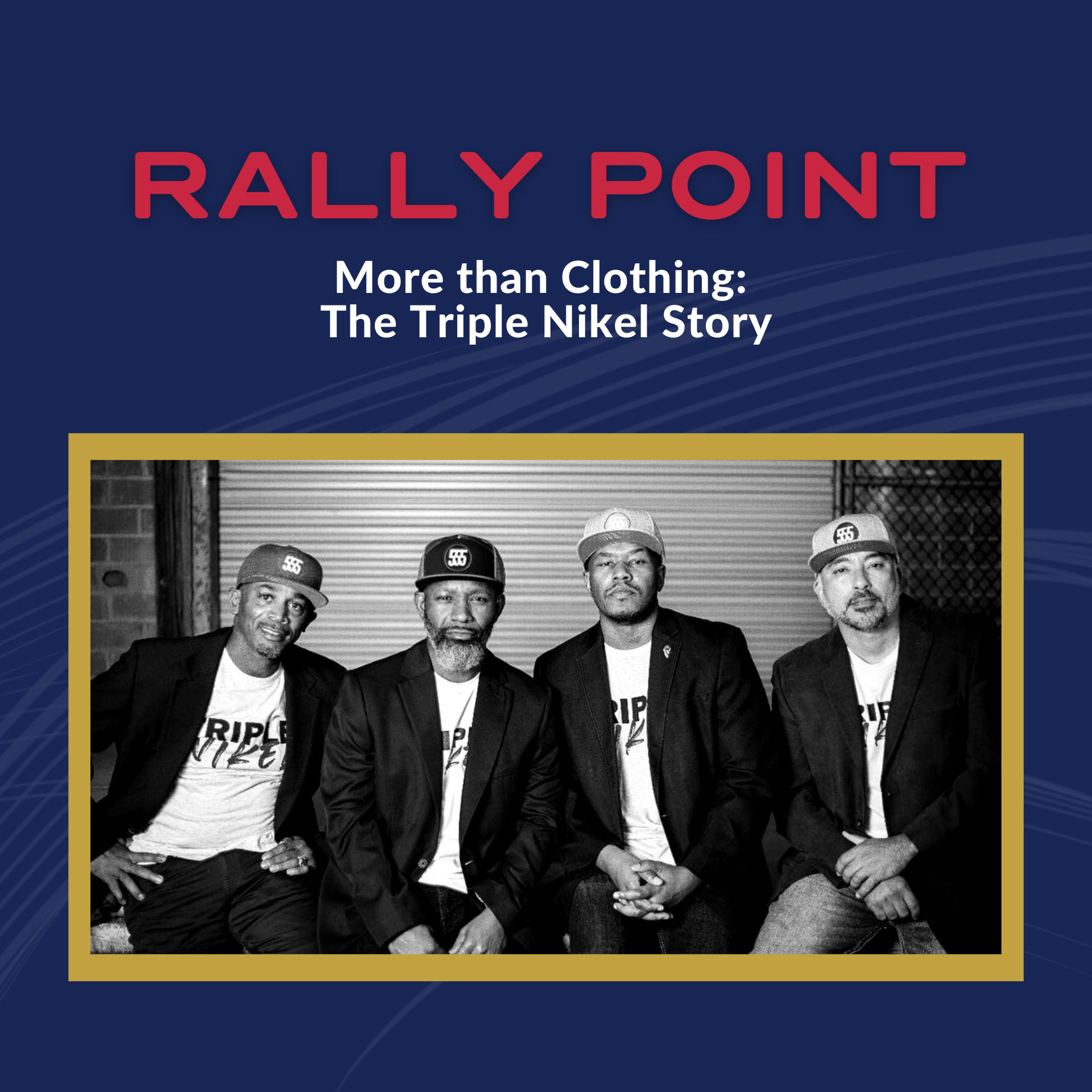 In honor of Black History Month, we’re taking a step into the Triple Nikel universe. This San Antonio-based apparel company aims to tell minority Veterans’ stories and rebrand what “looking like a Veteran” means. Learn about the inspiration behind their brand and how U.S. Army Veterans Ruben Ayala, Rod Graham, Curtez Riggs and Chris McPhee are driven to spark change with a little bit of hip-hop flare.

Founders Ruben Ayala, Rod Graham, Curtez Riggs and Chris McPhee are U.S. Army Veterans on a mission to tell minority Veterans’ stories and to rebrand what “looking like a Veteran” means.

During the height of the COVID-19 pandemic in the summer of 2020, the idea for Triple Nikel was sparked. They created an idea based off four simple concepts: Legacy, Community, Music and Love.

The name Triple Nikel is derived from the 555th Parachute Infantry Regiment that was stood up in 1943 during segregation. Known as the “Triple Nickels”, their mission was to neutralize forest fires through airborne insertions. The founders started their military careers in the 82nd Airborne Division as paratroopers. It is their common ground to derive experiences, motivation and content. Triple Nikel designs pull inspiration from the Hip-Hop culture. They believe that music is a common thread that binds all people.

The event is finished.