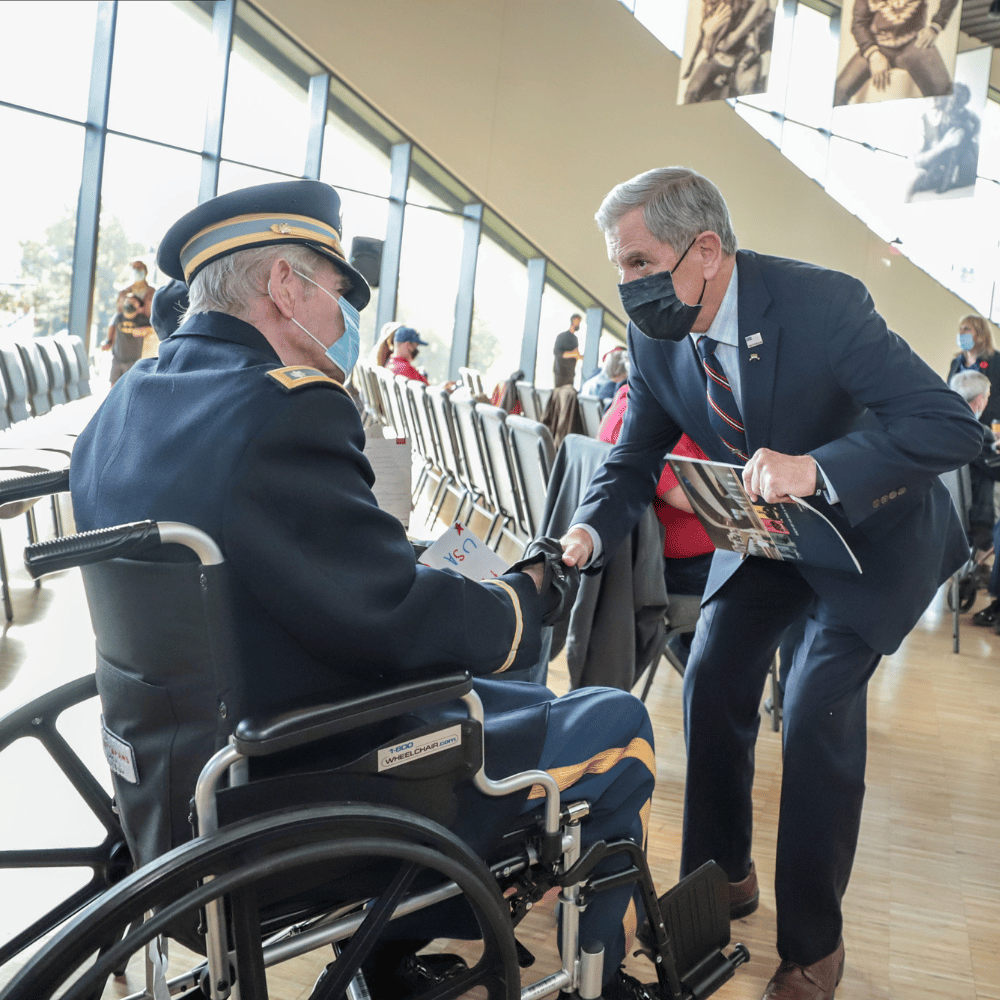 We will commemorate National Vietnam War Veterans Day with a free day at the Museum and a remarkable Welcome Home Ceremony, live from our Great Hall. We welcome guest speaker J. Charles Plumb, Captain, U.S. Navy Retired, Vietnam Veteran. Captain Plumb will share his inspiring story of courage as a prisoner of war and his continued service.

More information will be announced at a later date. Sign up for our emails to be the first to know about keynote speakers, special events and more.

Captain Charlie Plumb has lived what he believes to be the American Dream. As a farm kid from Kansas, he fantasized about airplanes, although he felt certain he would never have the opportunity to pilot one. It would be the United States Navy who afforded Plumb the opportunity to live out that dream.

After graduating from the Naval Academy, Plumb completed Navy Flight Training and reported to Miramar Naval Air Station in San Diego where he flew the first adversarial flights in the development of what would be called The Navy Fighter Weapons School, currently known as “TOP GUN.” The next year, Plumb’s squadron the Aardvarks launched on the Aircraft Carrier USS Kitty Hawk with Fighter Squadron 114 to fly the Navy’s hottest airplane, the F-4 Phantom Jet. Code named “Plumber,” Charlie Plumb flew 74 successful combat missions over North Vietnam and made over 100 carrier landings.

On his 75th mission, just five days before the end of his tour, Plumb was shot down over Hanoi, taken prisoner, tortured, and spent the next 2,103 days in North Vietnamese Prisoner of War camps. His first prison cell was 8 ft. long and 8 ft. wide. During his nearly six years of captivity, Plumb distinguished himself as a pro in underground communications. He was a great inspiration to all the other POWs and served as chaplain for two years.

Following his repatriation, Plumb continued his Navy flying career in Reserve Squadrons where he flew A-4 Sky Hawks, A-7 Corsairs and FA-18 Hornets. His last two commands as a Naval Reservist were on the Aircraft Carrier Corral Sea and at a Fighter Air Wing in California. He retired from the United States Navy with the rank of Captain after 31 years of service.

Since his return home, Plumb has captivated more than 5,000 audiences in almost every industry around the world with stories that parallel his POW experience with the challenges of everyday life.

To this day, Captain Plumb continues to fly left seat at every opportunity. The most treasured plane he owns and flies is a WWII PT-19 Open-Cockpit antique which is currently on loan to the Palm Springs, CA Air Museum. He also owns a Rutan-designed experimental single-engine Long-Eze.