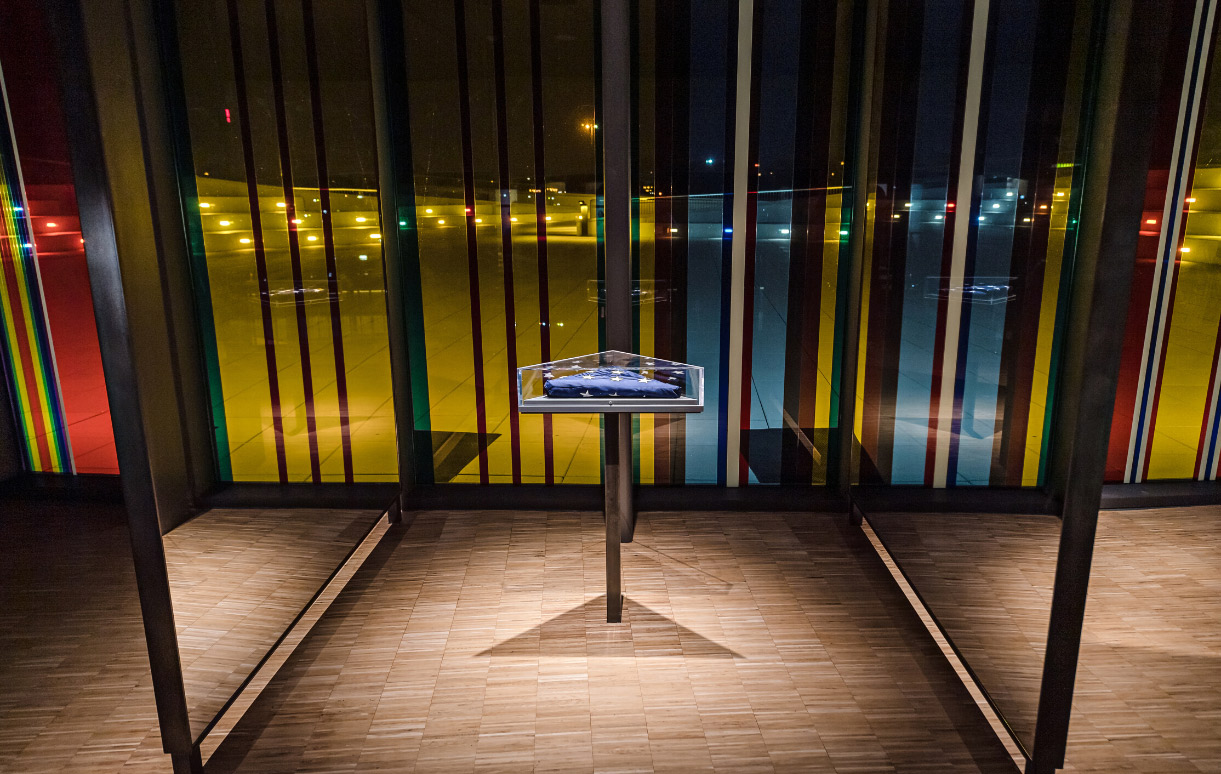 Our Gold Star Families are a vital part of our nation’s military community and we are dedicated to honoring their sacrifice.

On the last Sunday of September, our nation observes Gold Star Mother’s and Family’s Day, honoring surviving mothers and families of fallen service members. It is meant to honor the service member’s ultimate sacrifice while acknowledging their family’s loss, grief and continued healing.

Origins of the Gold Star

The Gold Star symbol began during World War I. At the start of the American involvement in 1917, families hung banners with blue stars representing family members in the services. If the service member died in combat, the family changed the blue star to gold.

Grace Darling Seibold, founding national president of American Gold Star Mothers, Inc., began efforts to cope with the loss of her son, Lt. George Vaughn Seibold, by devoting her time and efforts to not only working in VA hospitals but also extending friendship to other mothers who experienced the same loss.

On June 4, 1928, 25 mothers residing in Washington, D.C. laid the groundwork to build an organization founded on delivering “the bond of mutual love, sympathy, and support of the many loyal, capable, and patriotic mothers who while sharing their grief and their pride, have channeled their time, efforts and gifts to lessening the pain of others.”

Hear Gold Star Mother Eunice Eckard’s story about her son Gunnery Sgt. Christopher Eckard who was killed in action while deployed to Afghanistan:

A newly added display in our Remembrance Gallery pays tribute to the families who have lost loved ones in service to our country. As part of this installation, we honor Staff Sgt. James Moriarty, an Army Green Beret who was posthumously awarded the Silver Star in 2021. In a selfless act of bravery, Moriarty gave his life, enabling a teammate to neutralize the enemy on November 4, 2016.

Gold Star Mother Cindy Moriarty shared, “I still have a hard time with the day he died, but we’ve marked it by spending time at his gravesite in Arlington. I have his pictures, medals and awards in our house – and our Gold Star flag – and those things give me comfort. Many will remember him as Staff Sergeant James Moriarty, but to me he was Jimmy, my son.”

These mothers and families have experienced the ultimate sacrifice for freedom, and we extend our deepest condolences and gratitude.