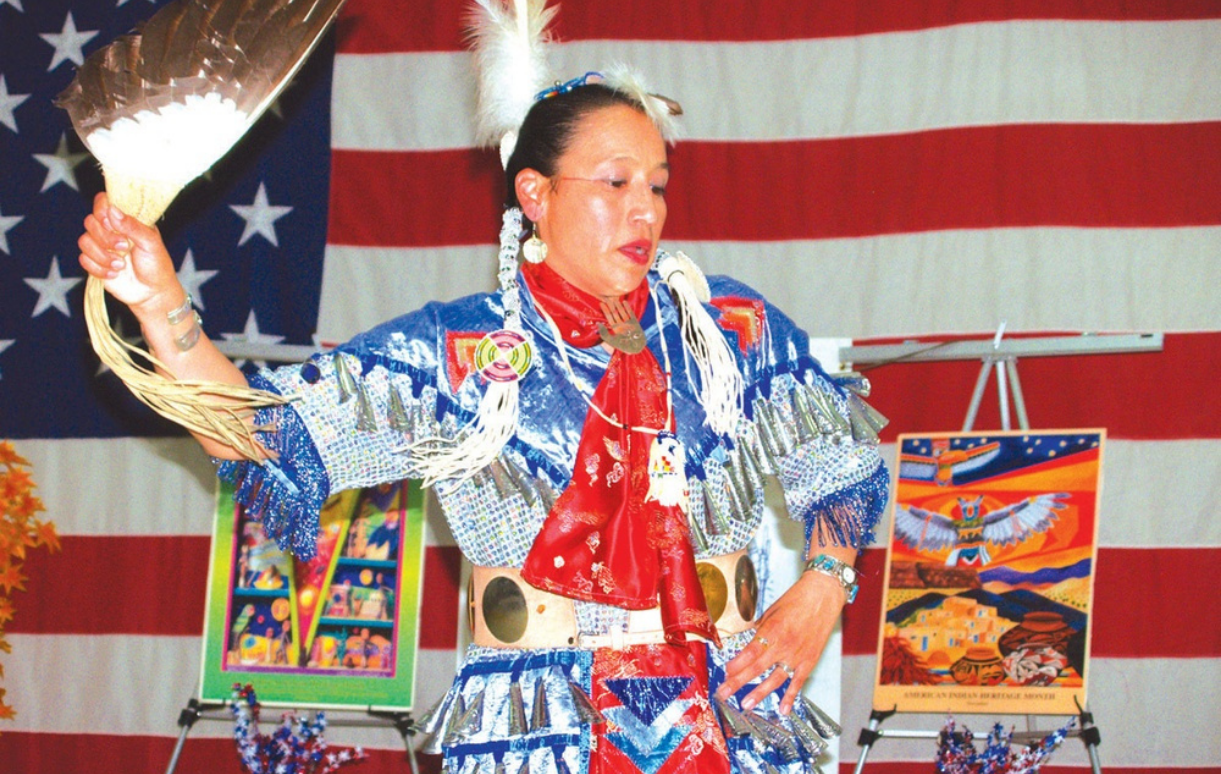 Some of the very first accounts of Native American women in the military include the stories of Sacajewa, a Shosone woman who accompanied Army Captains Lewis and Clark in the early 19th century. Historians have also rediscovered the story of Tyonajanegean, an Oneida woman who fought alongside her husband, an Army officer, during the Battle of Oriskany. Since then, almost 20 percent of all Native American service members are women. Throughout the month of November, we connect you to the inspiring stories of women who answered the call to serve.

Grace Thorpe was the youngest child of American football player and Olympic athlete Jim Thorpe. She was of Potawatomi, Kickapoo, and Menominee heritage and a direct descendent of Sac and Fox Chief Black Hawk. In 1943, Thorpe enlisted in the military and joined the Women’s Army Corps. After training, she was elevated to the rank of corporal. Thorpe served as a recruiter until she was assigned to the New Guinea campaign for which she was awarded the Bronze Star. After her military career, she co-founded the National Indian Women’s Action Corps, a group that focused on empowering Native American women and strengthening indigenous family units. Later, Thorpe attended law school and went on to become a tribal district court judge. In 1999, she received a Nuclear-Free Future Award for her opposition to storing toxic waste on indigenous lands.

U.S. Army Private Lori Piestewa was a member of the Hopi tribe, who primarily reside in northeastern Arizona. She was the first woman to die on the front lines in Iraq and the first Native American woman to die serving in the U.S. Armed Forces. Lori’s memory is kept alive through her community with an honorary mountain, an education initiative for Hopi children and an annual motorcycle ride for fallen soldiers.

Mitchelene BigMan of the Crow tribe enlisted in the U.S. Army in 1986. She served as a sergeant first class, working as a mechanic in Operation Iraqi Freedom with two deployments in Balad. She is the founder of Native American Women Warriors, a color guard of female Native American Veterans. Their mission is to bring attention to and honor the contributions of Native American women’s military service.

Join us all month as we honor the service and sacrifice of our nation’s Native American service members.