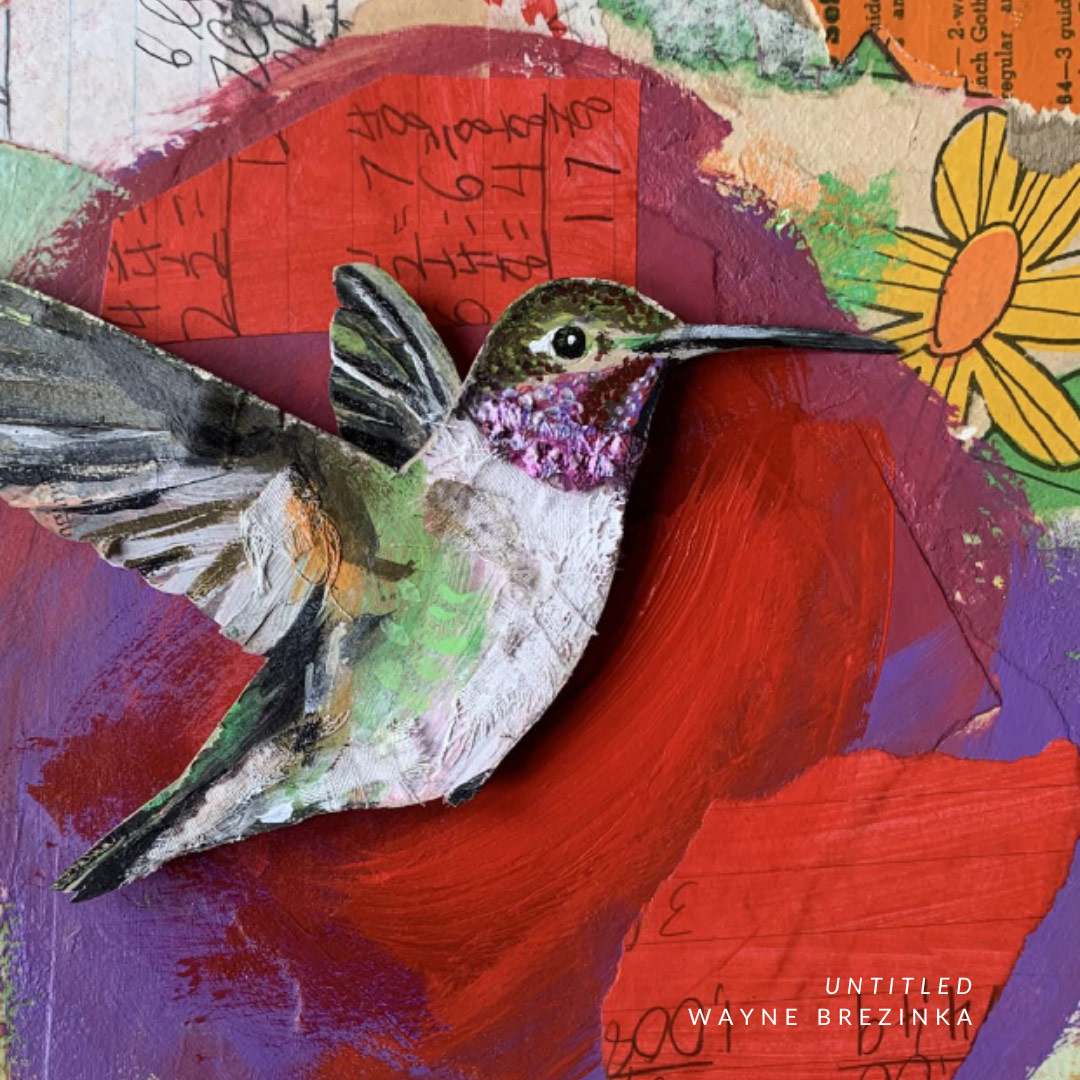 Renowned artist and illustrator Wayne Brezinka joins us for an exclusive, hands-on collage workshop focused on revealing your extraordinary story through collage-making.

Participants will be led through a process of materials, application, experimentation, chance and control, and learn all about the process of mixed media art. Wayne will reveal his step-by-step methodology along with a few secret techniques he has developed. After an introduction to different mediums and effective layering, each participant will walk away with a piece of their story – as an art piece – that can be proudly displayed.

This workshop is free and for Veterans only. Please be prepared to show your ID at check-in. Lunch and materials will be provided.

His work leaves viewers free to let their imagination engage the stories told within and get caught up in their complexity. Solo and or group exhibitions of his work have been presented in New York, Nashville, Indiana and Washington, D.C. His 2014 exhibition “Paper Cuts” at O’More College of Design in Nashville, received positive notice from regional and national media and enjoyed a record-breaking opening attendance of 400+.

The Nashville-based artist’s LINCOLN portrait was on a 5-year loan for a temporary exhibition at the historic Ford’s Theatre and Museum in Washington, D.C. ending in 2017. His portrait of BOB DYLAN recently wrapped a ﬁve-month-long exhibition at the Tennessee State Museum in late 2015.