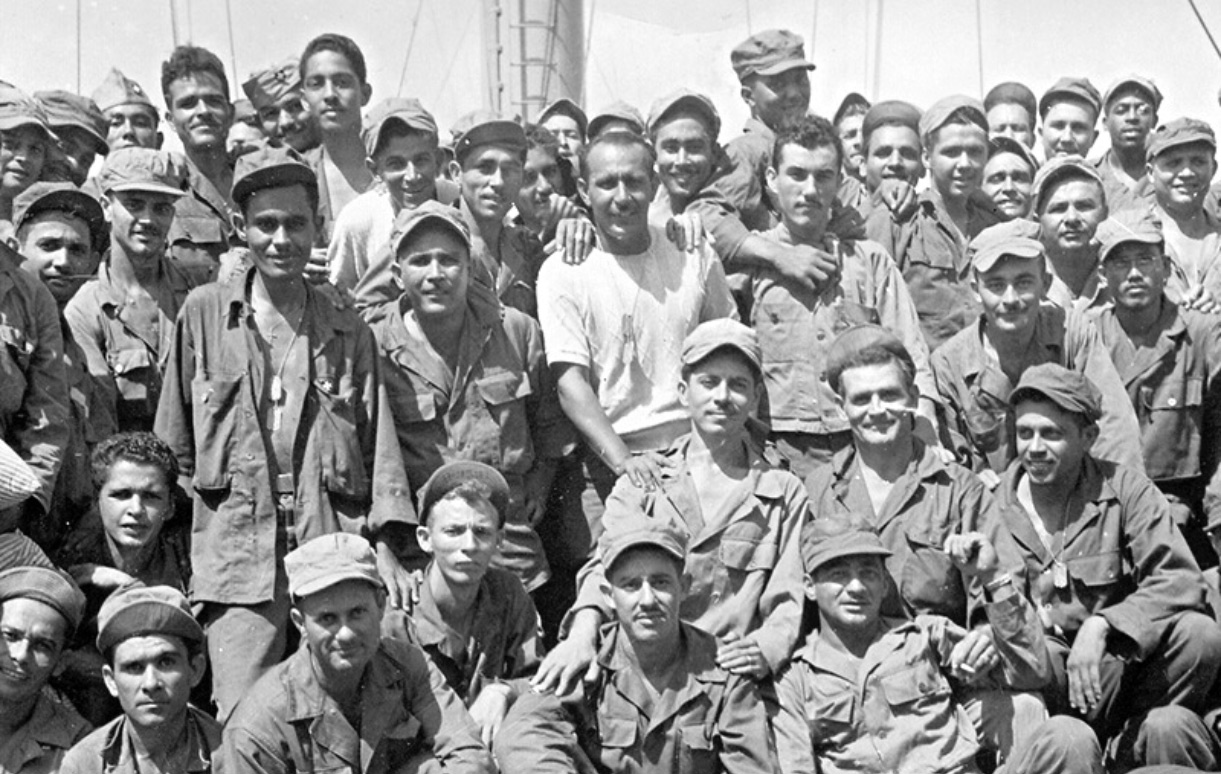 Since the Revolutionary War, Hispanic service members have played a pivotal role in the U.S. Armed Forces. With the outbreak of World War I, Congress urged more Americans to enlist in the military to help support the country’s war effort. Heeding the call, members of the Hispanic community, including newly naturalized U.S. citizens from Puerto Rico, joined the armed forces. The result was the formation of “The Borinqueneers.”

Who were “The Borinqueneers?”

The 65th Infantry Regiment, nicknamed “The Borinqueneers,” originated from the name Borinquen – a native Taino Indian name for the island of Puerto Rico. Many of the men were direct descendants of this tribe. They were the largest, longest standing and only active-duty, segregated Latino military unit in U.S. history.

One of the first opportunities the regiment had to prove its combat worthiness arose on the eve of the Korean War during Operation PORTREX, one of the largest military exercises up until that point. They proved themselves by repelling an offensive consisting of more than 32,000 troops from the 82nd Airborne Division and the U.S. Marine Corps, supported by the Navy and Air Force.

Latin for Honor and Fidelity.
Learn more about the U.S. Army’s Only All-Hispanic Unit

During the Korean War, the Borinqueneers were among the first infantrymen to meet the enemy on the battlefields. In total, they received 10 Distinguished Service Crosses, 256 Silver Stars, 606 Bronze Stars and 2,771 Purple Hearts. Brigadier General William W. Harris shared that the 65th Infantry Regiment was, “The best damn Soldiers that I had ever seen.”

Explore the stories of two of those soldiers:

Cartagena was the most decorated Puerto Rican soldier in history and earned the nickname, “One Man Army.” On April 19, 1951, Cartagena left his position and charged directly into enemy fire, single-handedly destroying two enemy emplacements on Hill 206 near “Yonch’on,” North Korea. After taking out the emplacements, he was knocked to the ground twice by exploding enemy grenades. Nevertheless, he got up and attacked three more times, each time destroying an enemy emplacement until he was wounded. His actions prevented heavier casualties within the platoon and his courage and superior leadership were decisive factors in the mission. Cartagena was awarded the Distinguished Service Cross for his actions.

Cavazos was the United States Army’s first Hispanic four-star general. During the Korean War, then-First Lieutenant Cavazos distinguished himself during an attack on Hill 142, and was awarded the Distinguished Service Cross. During the Vietnam War, as a lieutenant colonel, Cavazos was awarded a second Distinguished Service Cross. In 1976, Cavazos became the first Mexican-American to reach the rank of brigadier general in the U.S. Army. Cavazos served for 33 years; his final post was head of the U.S. Army Forces Command.

Since 1776, when George Washington became the first Congressional Gold Medal recipient, only 169 other individuals or groups have shared this honor. On June 10, 2014, “The Borinqueneers” became part of that elite group. See the ceremony:

Congressional Hispanic Caucus Chairman Ruben Hinojosa shared, “Hispanic Veterans have always been, and continue to be, part of the American story.” Join us in celebrating their contributions to our nation’s military, history and culture.