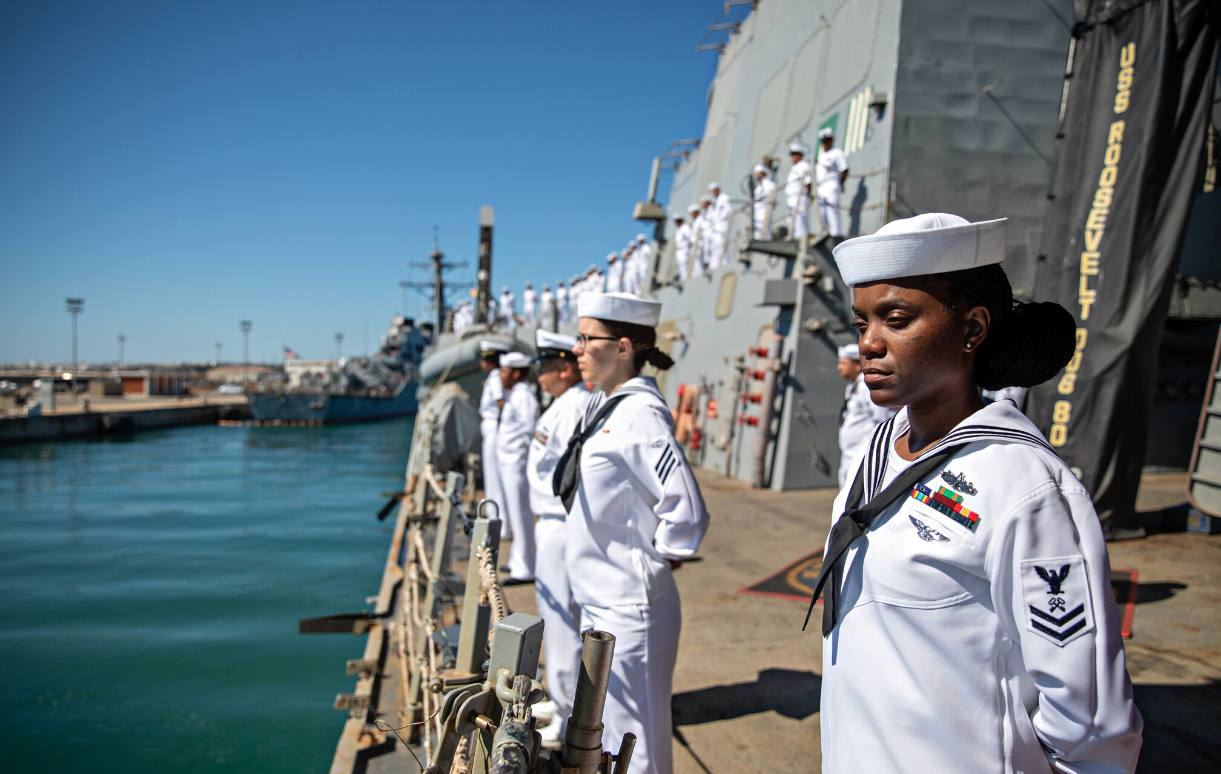 “Don’t give up the ship!” Famous words from Captain James Lawrence after being mortally wounded in the engagement between his ship, the U.S. frigate Chesapeake and the HMS Shannon on June 1, 1813. Today, this phrase lives on as a rallying cry for the U.S. Navy.

This year marks the U.S. Navy’s 247th birthday. The central theme is “On Watch – 24/7 for 247 Years,” which highlights the Navy’s enduring ability to remain fully ready to respond to and effectively deter emergent threats on the high seas. Explore with us the origins of America’s Navy and the service members who shaped their heritage.

Origins of the U.S. Navy

On October 13, 1775, a resolution of the Continental Congress established what is now the United States Navy with “a swift sailing vessel, to carry ten carriage guns, and a proportionable number of swivels, with eighty men, be fitted, with all possible despatch, for a cruise of three months….” After the Revolutionary War, the U.S. Constitution empowered the new Congress “to provide and maintain a navy.” Acting on this authority, Congress established the Department of the Navy on April 30, 1798. Read more about “The Birth of the U.S. Navy.”

Stories You Should Know

Perry is known as the “Hero of Lake Erie,” for commanding American forces in one of the largest naval victories of the war in Put-In-Bay, Ohio, at the Battle of Lake Erie. He is remembered for his battle flag, which read, “Don’t Give Up The Ship,” as well as his note to Gen. William Henry Harrison which read, “We have met the enemy and they are ours.” Perry’s leadership was one of nine successful Lake Erie military campaign victories; the Battle of Lake Erie was the pivotal win for the West.

Rear Admiral Hopper, a mathematician and member of WAVES, was a pioneer in developing computer technology including UNIVAC, the first commercial electronic computer, and naval applications for COBOL (Common Business Orientated Language). She coined the term, “bug”, which refers to unexplained computer fails. Hopper retired in 1986 at the age of 79, the oldest officer on active U.S. naval duty. Explore more stories of Women in Service.

Before John McCain was a U.S. Senator from Arizona and a U.S. presidential candidate, he served in the U.S. Navy during the Vietnam War. On October 26, 1967, McCain was on a bombing run over the North Vietnamese capital of Hanoi when he was struck by an anti-aircraft missile. See His Harrowing Story of Survival.

Shot down while flying a bombing mission over North Vietnam on February 11, 1965, Rear Admiral Shumaker was the second Naval aviator to be taken prisoner during the war. Hear his story:

Presidents of the United States

During World War II, he commanded a series of PT boats in the Pacific theater and earned the Navy and Marine Corps Medal for his service; he is also the only President to have received the Purple Heart.

Johnson reported for active duty in December 1941, after the Japanese bombed Pearl Harbor. He worked as an observer of bomber missions in the South Pacific, for which he was later awarded the Army Silver Star Medal.

Nixon volunteered for sea duty and reported to the U.S. Pacific Fleet where his unit prepared manifests and flight plans for C-47 operations and supervised the loading and unloading of the cargo aircraft.

From June 1943 until the end of December 1944, Ford served as the assistant navigator, athletic officer and anti-aircraft battery officer aboard the Monterey.

Carter graduated from the Naval Academy in 1946, after which he was assigned to USS Wyoming as an ensign. After completing two years of surface ship duty, Carter applied for submarine duty. He served as executive officer, engineering officer, and electronics repair officer on the submarine SSK-1.

In September 1944, Bush and his Naval torpedo squadron, VT-51, were based on the USS San Jacinto fighting against the Japanese in the Bonin Islands. Explore more of his story: This Week in History (September 1-5).

With more than 349,000 personnel on active duty and 101,000 in the Ready Reserve, the U.S. Navy is the largest and most capable Navy in the world. Join us in celebrating their service throughout the month of October.